Тhe crisis in Bulgaria will be more severe than in 2008, according to the BICA President. 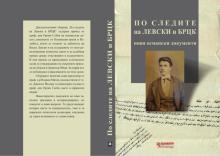 June 9 is International Archives Day. The documents stored in archival institutions are of interest not only to historians, but are essential for our entire society. That is why it is not a coincidence that today we have chosen to share with you the news about the publication of a new collection of documents about the life and work of Vasil Levski.

Bulgarian Prime Minister Boyko Borissov on Wednesday declined to accept ownership of the Football Club Levski, which was offered to him in a sarcastic manner by the exiled Bulgarian tycoon Vasil Bojkov, who is hiding in the United Arab Emirates after numerous charges were pressed against him in early 2020.

Businessman Vasil Bozhkov has announced that he was transferring the shares of Levski football club to Bulgaria's Premier Boyko Borissov. "The football club is again in an extremely difficult financial situation caused by the deliberate and illegal destruction of the companies providing its maintenance.

Bulgaria's Minister of Finance Vladislav Goranov called on businessman Vasil Bozhkov to pay his debt to the state to the tune of EUR 359 million in unpaid taxes. Minister Goranov said that Vasil Bozhkov, to whom 11 indictments have been raised, including trading in influence and unlawful possession of cultural values, is another Bulgarian who is fleeing from justice.

Today the Bulgarians mark the anniversary of the hanging (1873) of Vasil Levski.

Vasil Levski, born Vasil Ivanov Kunchev, was a Bulgarian revolutionary and is a national hero of Bulgaria today. Dubbed the Apostle of Freedom, Levski ideologised and strategised a revolutionary movement to liberate Bulgaria from Ottoman rule.

Today the Bulgarians mark the anniversary of the hanging (1873) of Vasil Levski.

Vasil Levski, born Vasil Ivanov Kunchev, was a Bulgarian revolutionary and is a national hero of Bulgaria today. Dubbed the Apostle of Freedom, Levski ideologised and strategised a revolutionary movement to liberate Bulgaria from Ottoman rule.

The Bulgarian National Assembly adopted on a second reading the proposals of the leader of the National Front for the Salvation of Bulgaria for amendments to the Gambling Act which bans private lotteries in this country, BNR reported.

The president of Nove Holding Vasil Bozhkov has 7 allegations raised and Interpol has released a "Red Notice" on his arrest,  Attorney General Ivan Geshev confirmed.

Part of the charges against the businessman are for the leadership of an organized criminal group, coercion, extortion, attempted bribery of an official and incitement to commit criminal offenses.

On January 13th, the Bulgarian Roma celebrate their new year. The day, known as Vasilyovden or Bango Vasil (literally "The Limping Vasil"), is celebrated by all Roma groups in Bulgaria and is associated with many Gypsy legends, BNR reported.