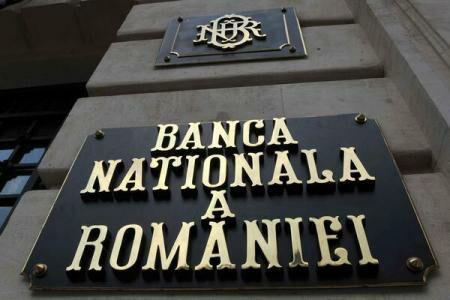 The National Bank of Romania (BNR) will put into circulation today, for numismatic purposes, a silver coin dedicated to its 135th anniversary, according to a BNR press release.

According to the release, depicted on the obverse of the coin is a vintage image of the Old Palace of the National Bank of Romania and of the statuary dedicated to Eugeniu Carada, the inscription "ROMANIA" in an arc, the coat of arms of Romania, the face value "10 LEI" and the year of issue "2015."

On the reverse, there is the image of the Council Chamber in the Old Palace of the National Bank of Romania, the portrait of King Carol I and the inscriptions "BANCA NATIONALA A ROMANIEI", "135 ANI" and "Carol I" in an arc.

The silver coins are individually housed in transparent plastic capsules. They are accompanied by leaflets featuring a presentation of the numismatic issue in Romanian, English and French. Each leaflet comes with a certificate of authenticity bearing the signatures of the Governor and the Chief Cashier of the National Bank of Romania.

The mintage of this numismatic issue is 250 coins. The selling price is RON 340.00, VAT excluded, per silver coin, including the leaflet.

The silver coins are legal tender in Romania and they will be put into circulation through the branches of the National Bank of Romania in Bucharest, Cluj-Napoca, Iasi and Timisoara. AGERPRES