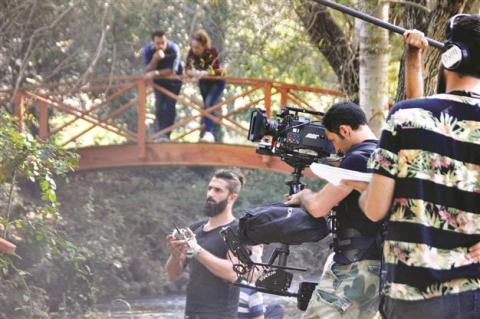 The popular southwestern province of Mu?la, which draws thousands of tourists every year for its rich history and natural beauty, is becoming increasingly popular among film producersThe southwestern Turkish province of Mu?la, which is visited by hundreds of thousands of tourists every year, is also becoming increasingly popular among producers, with films and TV series shot in the province in recent years.

Mu?la Governor Amir Çiçek said the province had been home to many civilizations since the ancient era, making it an attractive and culturally rich region that was now being discovered by film producers.

?We have many historical and cultural spaces for TV series and films. The area has green valleys, coves and thousands of plant species. This is why it is so popular among producers,? Çiçek said.

He added that the local administrations aimed to make everything easier for directors and producers who want to make films in the city.

?This is why there has been a great increase in cinema and TV series productions shot in the region in 2015. The tolerance and hospitality of the people living in the region is also a great factor in this increase. This year, Mu?la and its districts have been home to 12 TV series, 19 films, nine documentaries, 18...