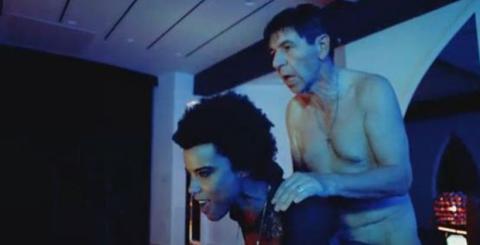 Greek actor Gerasimos Skiadaresis plays the role of a Catholic Cardinal and participates in some explicit sex scenes with young girls in a Netflix TV series called “Subbura” which deals with the Vatican sex scandals. The Greek, play Cardinal Theodosius, can be seen in orgies with girls while in other scenes he can be seen performing self-flagellation and taking hard drugs. The TV series is based on the same titled movie which was released in 2015 and explored the connections between the Vatican, the mafia and the political class. Gerasimos Skiadaresis plays the role of the head of finances in the Holy See.