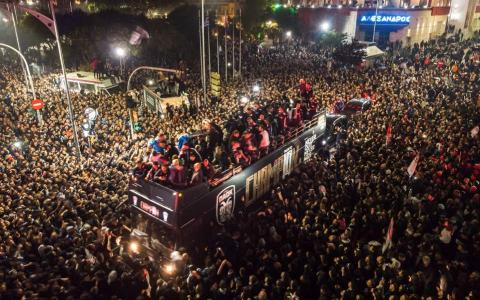 Supporters of soccer club PAOK Salonica celebrate in central Thessaloniki on Sunday night after winning the league title for the first time in 34 years. PAOK, owned by Greek-Russian oligarch Ivan Savvidis, were crowned champions after beating already relegated Levadiakos 5-0 in the penultimate round of the Super League. If PAOK will their final game they will become the first team since 1964 to win the title undefeated. [Intime News]