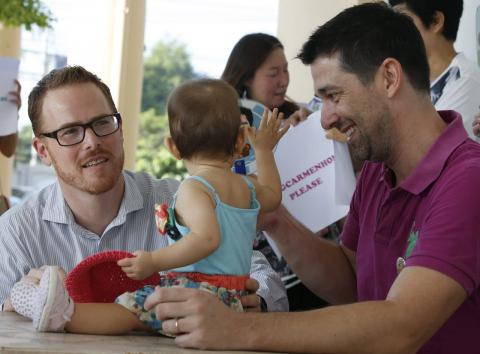 The Croatian Constitutional Court on Friday published a ruling made at the end of January that obliges courts and relevant authorities to give all competent appliers to foster equal opportunities, including same-sex couples.

That applies to couples "living in the informal and informal life partnerships," it said, referencing the legal term for same-sex marriage in Croatia.

"The Constitutional Court has ordered the courts to directly apply the Constitution … and not to discriminate against persons in same-sex communities in resolving cases," Separovic said.

A recent court decision said the law excluding same-sex couples had a legitimate aim, to protect "the interests and well-being of socially disadvantaged persons", and was not inconsistent with the constitution.

But the Constitutional Court on Friday clarified that the family status of the potential foster parent was not decisive, "but rather the willingness and ability of the foster parent and the person who lives with him/her to provide the beneficiary [the fostered child] … with all that is in his/her best interest".

Same-sex couples have received mixed messages over this issue and their rights in recent months. As BIRN reported, in December, the Zagreb Administrative Court ruled that a same-sex couple, Ivo Segota and Mladen Kozic, had the right to become foster parents. The ruling obliged the Ministry of Demography,...