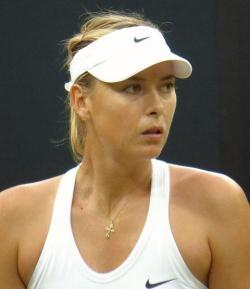 Sharapova became the world No. 1 for the first time on August 22, 2005, at the age of 18, becoming the first Russian female tennis player to top the singles rankings, and last held the ranking for a fifth time for four weeks from June 11, 2012, to July 8, 2012. She won five Grand Slam titles — two at the French Open and one each at the Australian Open, Wimbledon, and the US Open, winning 36 titles in total, including the year-ending WTA Finals in her debut in 2004. She also won three doubles titles.

"How do you leave behind the only life you've ever known? How do you walk away from the courts you've trained on since you were a little girl, the game that you love—one which brought you untold tears and unspeakable joys—a sport where you found a family, along with fans who rallied behind you for more than 28 years?

I'm new to this, so please forgive me. Tennis—I'm saying goodbye", Sharapova said in the letter. The full statement can be found on her official website.