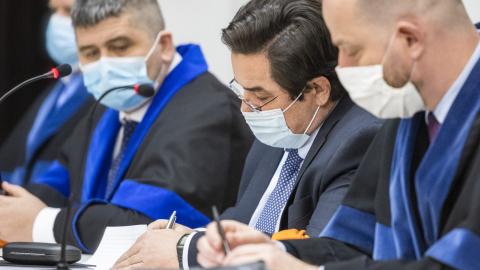 The verdict sent shockwaves though a country that had been expecting a vastly different outcome given the weight of evidence presented in this landmark case, which reshaped the country's political landscape and whose impact is still resonating today. Described by many as "shocking", the verdict left the families of the victims in tears as they hastily left the courtroom upon hearing the acquittals.

The prosecution appealed the verdict, which also found a third defendant on trial, former soldier Tomas Szabo, guilty of being an associate in the murder. He was sentenced to 25 years in a maximum-security prison. Szabo was a cousin of Miroslav Marcek, who previously admitted to shooting Kuciak and Kusnirova at the beginning of the trial. Another man was previously sentenced to 15 years for his involvement in the contract murder.

A Supreme Court senate comprised of three judges on Tuesday will either uphold the verdicts or quash the Special Criminal Court's decision and return the case for retrial.  It could also take a piecemeal approach, i.e. affirming or even extending Szabo's sentence while reversing Kocner and Zsuzsova's not-guilty status. Either way, the Supreme Court won't be able to sentence the two defendants without a new hearing at the Court of First Instance.

Jozef Kuciak, the father of Jan Kuciak, and Zlatica Kusnirova, the mother of Martina Kusnirova, at the trial on 3 September 2020. Photo: TASR - Jaroslav Novak Expert voices

A number of prominent legal experts expect the court to side with the appeal based on a new round of evidence and expert opinion presented to the court by the prosecution in the months leading up to its decision.

A 67-page-long analysis of text messages between Kocner and...