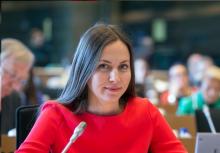 "The majority of Bulgarian and European citizens have clearly said that the change of time by one hour ahead and back has a negative impact on them, so MEPs have united behind the citizens and asked that this clock rotation should stop 2021. "This was stated by Eva Maydell on the occasion of the vote on the European Parliament's position on the subject.

AGERPRES special correspondent Tudor Martalogu reports: Romania takes over the half-yearly Presidency of the Council of the European Union at an important moment for Europe, marked by multiple challenges, but we are realistic and ambitious in our approach, with common effort and political will being necessary from both the Council and the European Parliament, Minister of Public Finance Eugen Or 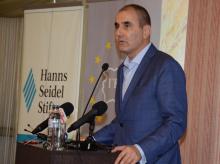 Tsvetan Tsvetanov, the Deputy Chairperson of GERB (majority partner in the ruling coalition), has become a member of Europol Management Board. There he will represent the Joint Parliamentary Scrutiny Group of the Agency. Tsvetanov's election to this position was made with full consensus by the delegations of all national parliaments and the European Parliament. 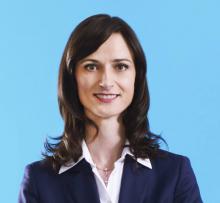 European Commissioner for Digital Economy and Society Mariya Gabriel will present a roadmap for reducing roaming charges in the countries of the Western Balkans at a conference of the EPP Group, the EPP press office announced.

Prime Minister Boyko Borisov participated in the discussion "Protecting together the security of the West, the defense alliance and its impact on the transatlantic relations", moderated by the chairman of the EPP Group in the European Parliament Manfred Weber.

The discussion is part of the events at the Munich Security Conference, the government's press service said. 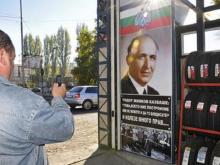 Bulgarians are divided on whether the years of the Liberation until 9 September 1944 were good or bad years for Bulgaria. The same is the percentage of people who want to live after 10 November 1989 and people preferring the years before 10 November 1989.

There are no Bulgarian members of the European Parliament in Politico's ranking of 40 MEPs who matter in 2017 - a list where more than half are newcomers.

Bulgaria is thus one of the fifteen countries that have no members in the list.

The deputy chairwoman of the EPP Group in the European Parliament Mariya Gabriel has been recognised as one of the 25 most influential European deputies.

She ranked 15th in the prestigious vote, prepared by VoteWatch, an organisation which follows closely the work of all 751 European deputies.

Main opposition New Democracy and its leader Vangelis Meimarakis expressed their satisfaction for the speech of German Chancellor Angela Merkel at the European People’s Party group (EPP Group) meeting in Madrid on Thursday. 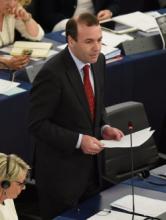 In a press release to Novinite, the chairman of the EPP Group in the European Parliament, Manfred Weber, suggested five ways in which the European Council could show responsibility in addressing the refugee crisis.

Weber assured that his partly clearly distinguishes between people fleeing war, terror or political persecution and those who arrive to Europe in search of a better life .