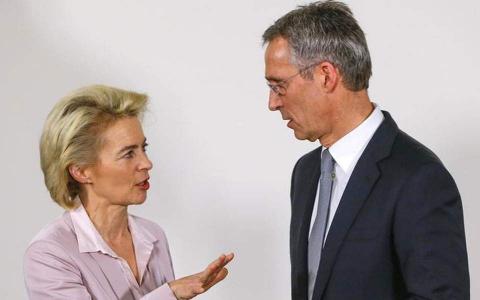 Turkish President Recep Tayyip Erdogan on Wednesday spoke with both European Commission President Ursula von der Leyen and NATO Secretary-General Jens Stoltenberg, separately, ahead of a European Union leaders summit on October 1-2 that is expected to focus on Turkey's activities in the Eastern Mediterranean.

In a post on Twitter, von der Leyen referred to a "very useful exchange," adding that she welcomed the planned launch of exploratory contacts with Greece, "which are essential for stability in the Eastern Mediterranean and for a constructive relationship with the EU."

However, according to a Cypriot government spokesman, von der Leyen told Cyprus President Nicos Anastasiades that she had told Erdogan the EC will be forced to take action if Turkey's illegal activities against Cyprus do not stop.

Stoltenberg, for his part, repeated to Erdogan the importance...