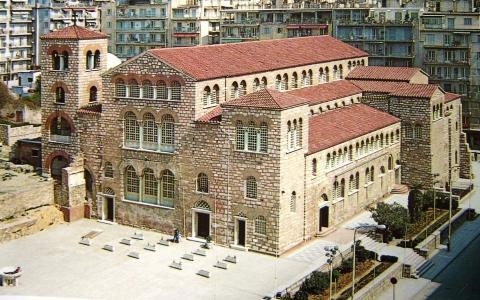 Thessaloniki's Aristotle University has cancelled its annual celebrations for Saint Dimitrios, the northern port city's patron saint, due to concerns over the recent surge in coronavirus cases.

Numerous events were to take place at the university and other parts of the city on Monday and Tuesday, also coinciding with the 108th anniversary of Thessaloniki's liberation from Ottoman rule in 1912 and the World War II bombing of the city by the Italians in 1940.

The university has also cancelled a ceremony for granting Greek President Katerina Sakellaropoulou an honorary doctorate that was originally scheduled to take place Tuesday.

The president, however, will be in the northern port city through Wednesday and plans to attend a number of other events marking the triple celebration.

These include a service at the Church of Saint Demetrius and a reception at...