A no-confidence vote in the Romanian parliament overthrew the government of Prime Minister Florin Katsu, which took power in December 2020. The decision of the Social Democratic Party was supported by 281 MPs. The crisis in Romania began in September, when the coalition partner of the National Liberals - the USR-PLUS Alliance, stepped down from government.

"Citizens who declared themselves Bulgarians were regularly and directly insulted and belittled by enumerators, instructors and other members of the enumeration commissions."

This is what the Ivan Mihailov Cultural Center in Bitola is warning about on the occasion of the census in North Macedonia, which ended on September 30th.

Immediate decisions cannot be made to resolve the dispute between Bulgaria and the Republic of North Macedonia, because Bulgaria is facing parliamentary and presidential elections. This was stated by German Chancellor Angela Merkel after the end of the EU-Western Balkans summit in Slovenia.

The current deputy director of the State Agency for Technical Operations (DATO), Biser Borisov, is now the head of the Agency. This was announced by the caretaker government press service.

The Council of Ministers announced that President Rumen Radev had issued a decree appointing Borissov after the government presented his candidacy. 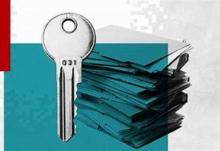 The National Revenue Agency (NRA) Tuesday said it has requested additional data from the International Consortium of Investigative Journalists (ICIJ) in Washington about Bulgarian natural and legal persons who feature in the newly published Pandora Papers investigation.

European leaders and the countries of the Western Balkans gather in Slovenia for a summit. The Union is expected to reaffirm its commitment to the region, but without a specific date for the six countries to join. The central topic for Bulgaria is the progress of the Republic of North Macedonia. President Rumen Radev represents our country.

If former Bulgarian PM Boyko Borissov's GERB party returns to power, it will restore friendship with North Macedonia based on the 2017 landmark friendship treaty between the two countries, and support its EU accession, Borrisov told the Bulgarian media on Tuesday.

Speaking to journalists during a visit to a children's hospital on Friday, Bulgarian President Rumen Radev commented on Thursday's news that Sofia University Rector Anastas Gerdjikov had agreed to run in the November 14 presidential elections as an independent candidate.