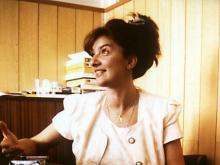 On the morning of April 8, 1994, Radislava 'Dada' Vujasinovic did not show up as previously arranged to meet her colleague and friend Vesna Malisic in Belgrade.

In a press release, the organization said they were sentenced for Serbian newspaper editor Slavko Curuvijas murder in 1999, and urged the authorities "to pursue the investigation in order to identify and punish the person who ordered the murder."

As the UNS has been told by the High Public Prosecutor's Office, the case concerning Vujasinovic's death remains in the pre-trial phase.

Protection urged of journalists and media


BELGRADE -- The Independent Association of Journalists of Serbia (NUNS) has called on the government bodies to improve measures to protect journalists.

"Chronicle of Threats" awarded in Slovenia


BELGRADE -- The Saatchi & Saatchi Belgrade advertising agency has won the Silver Drum award in Portorož in the integrated campaigns category, for "Chronicles of Threats."

The festival held in the Slovenian town is one of the most prestigious events of its kind in the region.

BELGRADE - The Netherlands Forensic Institute is expected to provide its reply concerning the case of journalist Dada Vujasinovic once an official of the Serbian Prosecutor's Office visits the Netherlands in early May, the daily newspaper Danas has reported. 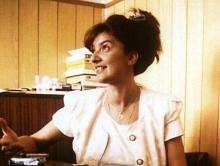 
BELGRADE -- Journalist Dada Vujasinović was murdered 20 years ago. She was found dead in her apartment in Belgrade on April 8, in 1994.

At the time, her death was officially ruled a suicide. The truth about her murder is being searched for for two decades.