Prime Minister Victor Ponta says that harsh punishment is required for acts like the June 13 attack against a young Romanian, brutally beaten by several person in Pierrefitte-sur-Seine, north of Paris.

She is in Bulgaria for the shoot of the film Septembers of Shiraz, based on the award-winning eponymous novel by Dalia Sofer on the 1979 Islamic revolution in Iran.

Remittances again registered an increase in 2013, with Romanians sending home 4.2 billion euro last year, according to data from the National Bank.

The rise is believed to signify that many Romanian emigrants to countries like Italy and Germany have again started to find stable employment after the worst of the financial crisis.

Local construction projects will need approval by the Environment and Urbanization Ministry rather than municipalities and public opinion will also be taken by polls, according to a new regulation issued in the Official Gazette.

The new regulation has brought about new changes to the rules of construction in cities and was released by the ministry on June 14. 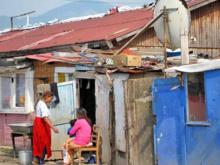 Around a third of the refugees in Montenegro, mostly Roma who fled Kosovo, have not applied for residency and could be reclassified as illegal immigrants and lose benefits. 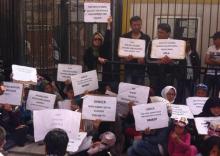 Afghan refugees suspended a sit-in protest in front of the Ankara headquarters of the U.N. refugee agency (UNHCR) on June 7 after 53 days amid increased pressure from the police, vowing to return to demonstrate if they did not receive a concrete answer to their demands.

A total of 811 immigrants were deported from Greece in May, the polices aliens bureau said on Friday.

Just over 500 of the migrants left the country via a voluntary program conducted with the help of the local branch of the International Organization for Migration. The rest were forcibly deported.

The film, entitled Septembers of Shiraz, will be on the 1979 Islamic revolution in Iran. It is based on the award-winning eponymous novel by Dalia Sofer.

Coast guard officers on Wednesday rescued 32 undocumented immigrants off the coast of Lesvos in the eastern Aegean after their suspected smugglers pierced the rubber dinghy in which they had been traveling.

The migrants, whose ethnic origin was unclear, were transported to Lesvos, where they were detained.

Greek coast guard officers arrested 16 immigrants off the eastern Aegean island of Chios on Monday for trying to enter the country illegally.

Authorities have also detained one person on charges of human smuggling.

The immigrants were reportedly taken to the islands Skylitseio Hospital for medical tests.

The nationalities of those arrested was not made known.