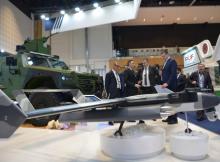 Minister of Defence Aleksandar Vulin, who heads a delegation of Serbia at the International Fair of Armaments and Military Equipment "IDEX 2019" in Abu Dhabi, said this event is an opportunity to see what Serbia can offer in the sphere of the defence industry. 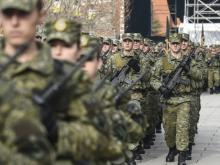 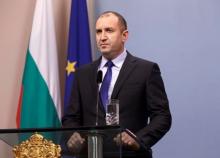 The Head of State and Supreme Commander-in-Chief of the Armed Forces Rumen Radev will be acquainted with the analysis of the preparation, the army order and the discipline in the Bulgarian Army and the structures of the direct subordination of the Minister of Defense during the school year 2018.

Bulgaria's Ministry of Defence said that its drive to get people to enlist in the military will resume on February 7 and continue until the end of October 2019. Titled "Be a Soldier", the campaign was launched by the Defence Ministry in October 2018, in a response to the serious shortfall of military personnel in Bulgaria, reports Army Recognition.

President Klaus Iohannis said Thursday that Romania is committed to spending 2 percent of GDP on defence and is ready to carry out the army&#39;s endowment programs, but said that, not having enough the exercise of wide-scale strategic endowment programs, things move somewhat slower.

Bulgaria's Minister of Defence Krasimir Karakachanov, who is the leader of the far-right IMRO - Bulgarian National Movement, issued a harsh statement against Roma in his country. He said they have become arrogant and that society can no longer tolerate them, reports European Interest. 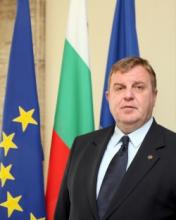 Gypsies in Bulgaria have become extremely arrogant and the tolerance of Bulgarian society is wearing thin, Minister of Defence Krasimir Karakachanov said to reporters with regard to the latest case of assault on a serviceman in the village of Voyvodinovo, Focus Radio has reported.

The Bulgarian Minister of Defence Krasimir Karakachanov outlined a possible scenario for increasing the budget of the new type combat aircraft project, although he excluded such an option a month ago. 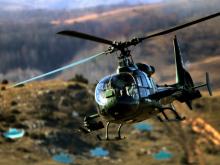 In 2019, the government plans to allocate the Interior Ministry about 720 million euros, while the Defence Ministry will get about 792 million euros.

The Bulgarian Ministry of Defence is about to conclude the deal for the repair of the Bulgarian Su-25 aircraft with the only bidder - the Belarusian 558 Aircraft Repair Plant.