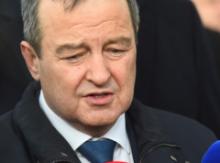 According to a statement released by Dodik's office, they discussed joint projects by Serbia and Republika Srpska.

The reinforcement of the Turkish fleet was announced by Turkish President Recep Tayyip Erdogan.

Speaking at the delivery ceremony of a new type of Firtina self-propelled guns at the BMC factory near Ankara, Erdogan announced that the first unmanned aircraft carrier, the Istanbul frigate and the Piri Reis submarine, would join the Turkish fleet this year.

President Recep Tayyip Erdoğan has said they would announce more "good news" in the local defense industry in 2023, saying that this year will be a turning point in the industry.

Whether the US takes the side of Greece or Turkey in the event of a military conflict between the two countries, it would have huge consequences on how the American government and its different branches function, argues Ryan Gingeras, a professor in the Department of National Security Affairs at the Naval Postgraduate School in California.

Main oppositional Republican People's Party (CHP) leader Kemal Kılıçdaroğlu has vowed to lower the alcohol taxes when he comes to power, suggesting the government's rise of taxes has turned into an intervention in lifestyles.

"Sweden is confident that Turkey will approve its application for NATO membership, but we cannot fulfill all Turkish demands," Swedish Prime Minister Ulf Kristersson said on Sunday, quoted by the Reuters agency.

Cypriot Foreign Minister Ioannis Kasoulides will meet with his German counterpart Annalena Baerbock on Monday, just days after she warned any weak links in Europe's resolve would only embolden Moscow. 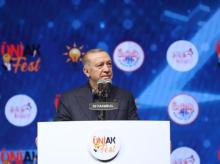 The Century of Türkiye will be built by the youth of this country, President Recep Tayyip Erdoğan has said, stressing that his Justice and Development Party (AKP) has always been the political party that received the most votes from young people.

The Peoples' Democratic Party (HDP) has announced that it will appoint its own candidate for the presidential elections slated for spring 2023.

Scores of citizens affected by the massive fire disaster in the Turkish holiday resort city of Antalya's Manavgat and Akseki districts have received keys to their new houses within the scope of the Türkiye Disaster Response Plan, with President Recep Tayyip Erdoğan pledging to continue to strengthen the country's infrastructure.