A French court on June 12 acquitted former IMF chief Dominique Strauss-Kahn of pimping charges, drawing a line under a series of legal woes over his sexual escapades.

Here’s one sure way to forget the recession and whatever debt / euro crisis!

According to a recently unveiled study by Durex, the condom maker, on the subject of sexual well-being, Greeks have the most … sex in the world weekly — 164 times on average a year. As for Greeks themselves, 51 percent responded that they are sexually satisfied.

A 36-year-old man in Macedonia, northern Greece, is facing charges for allegedly videotaping sexual encounters between him and his 33-year-old girlfriend without her consent and subsequently posting the illegal material online.

LGBT rights associations have launched an online petition campaign against the Turkish Red Crescent for its long-standing policy of refusing blood from gay donors. 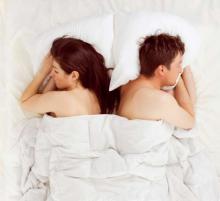 Problems of Serbs in sex


Urologists estimate that between 30 and 50 percent of men in Serbia suffer from erectile dysfunction.

Erectile dysfunction is the chief, most frequent and absolutely curable problem in men.