Commemorations are being held on Wednesday to mark the 21st anniversary of the massacre by Serbian forces in the Kosovo village of Recak/Racak, when 44 people were killed.

The massacre was publicised by the chief of the OSCE ceasefire verification mission to Kosovo, William Walker, who visited the scene the following day and declared it a "crime against humanity".

While Croatia and Slovenia have paid off their debts inherited from Yugoslavia, Serbia is still paying. And Belgrade's refusal to recognise Kosovo as independent has only increased its burden.

Krasniqi, then 25, and his older brother were stopped and arrested by police. Three months later, a court in Skopje sentenced them to three-and-a-half years in prison.

Foreign affairs and Kosovo negotiations face taking a back seat to elections in Serbia and the prospect of a damaging opposition boycott.

The Pristina Basic Court sentenced Syria returnee Qendresa Sfishta to a two-year suspended sentence on Thursday for participating in a terrorist organisation after she pleaded guilty to the charges.

A court in Pristina on Thursday sentenced Ikballe Berisha- Huduti to 30 days in detention after she posted comments on Facebook calling for unspecified "revenge" after the US assassinated Iranian General Qassem Suleimani.

A media union has demanded the release of journalist Andjela Djikanovic, who was put in detention for 72 hours for "causing panic and disorder", after claiming in an article that the government might call on security forces in neighbouring Kosovo to help quell protests over a new religion law. 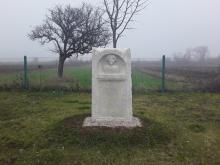 No electricity, intermittent heating and unpaid salaries - an archaeological park in Kosovo on the site of a once great Roman city is surviving on a shoestring and the commitment of those working there.

This year brings many new challenges for Serbia and its citizens, and it also imposes on the society and the state the obligation to overcome all those which we have long been facing.
There are still challenges of an economic, political and social nature, as well as the biggest one: the challenge of resolving the issue of Kosovo and Metohija.

If 2019 in Kosovo was a year of governmental dysfunction and paralysis, 2020 threatens more of the same.