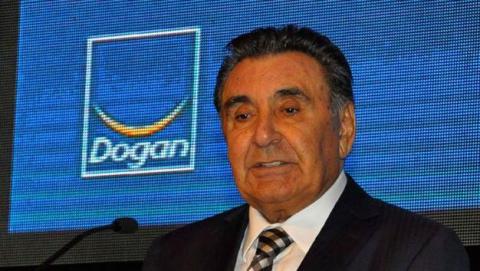 Ayd?n Do?an, the founder and honorary chairman of Do?an Holding, has condemned recent terror attacks and urged ?every one of us to show sensibility,? as the Do?an Media Group?s Publishing Principles Committee reaffirmed its commitment to non-partisan, impartial reporting at a meeting in western Turkey.

?There had been no conflicts before the latest election but they resumed when the [outlawed Kurdistan Workers? Party] PKK started bloody actions. Many of our soldiers and policemen have been martyred in ignominious attacks,? Do?an said during the meeting in Bodrum on Sept. 4. ?Every one of us should show sensibility to make the PKK leave arms and stop violence and terror acts immediately,? added Do?an, condemning terrorism.

Citing research results, Do?an said the group?s televisions broadcasted the speeches of each political leader equally before the June 7 general election. ?I can also say that our newspapers, too, covered reports about political parties fairly,? he added.

Do?an warned his group?s media managers that ?conditions ahead of the Nov. 1 election are heavier than the period before the June 7 election.?

?What is remarkable here is that both the pro-government and the fiercely anti-government media are targeting us in the crossfire. They both want to drag us to their side. In my 37-year-long career as a publisher, I have never faced such pressure,? Do?an noted.

After stressing the importance of a free press for democracy and the rule of law, Do?an concluded his speech:

?Our editorial policy for the Nov. 1 election will again be in line with our publication principles. We will keep standing at the same distance to all parties according to our objectivity criteria. Nobody should have any doubt about it. We...