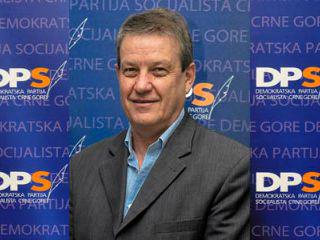 Montenegrin police on Wednesday arrested the former mayor Zarko Pavicevic on suspicion of abuse of office linked to his private construction company.

Pavicevic, ex-mayor of the coastal town of Bar, was arrested on a warrant issued by the special prosecutor for corruption and organized crime.

The prosecution confirmed that the case related to the period when Pavicevic was mayor of Bar, until 2014, at the same as being a majority shareholder in a private company, Institute for Construction of Bar.

Danijela Krkovic, Pavicevic's associate in his construction company, was also detained on Wednesday.

Pavicevic is a senior figure in the ruling Democratic Party of Socialists, which has been in power for 25 years in Montenegro under Prime Minister Milo ?ukanovi?.

An investigation into Pavicevic has run for several years since the anti-corruption organization MANS lodged a criminal case against him and several others in 2011.

MANS researched into Pavicevic and his firms in connection with several business deals made with the city administration and people supposed to be foreign investors.

Pavicevic's arrest is the latest in a series of arrests of officials carried out by the special prosecutor's office since the start of summer.

In August, police arrested the mayor and other officials of the scandal-hit resort of Budva, on suspicion of abuse of office and of damaging the local budget by millions of euros.