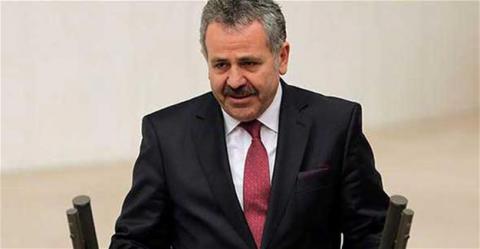 Ruling Justice and Development Party (AKP) lawmaker Şaban Dişli, a member of the party's Central Decision and Executive Board, has been assigned as a chief adviser to the AKP headquarters.

Dişli's brother, former general Mehmet Dişli, is one the key suspects of the July 15 coup attempt.

He will reportedly be responsible for the coordination of economic affairs and will also manage an "action plan" for the next 180 days, announced after the Eid al-Adha holiday.

Mehmet Dişli is accused of holding Akar at gunpoint and playing an intermediary role between coup plotters and Chief of General Staff Hulusi Akar in an attempt to persuade the latter to take part in the attempted putsch and to read the coup declaration to the public.

The suspect, who is currently on trial, told the Ankara 4th Criminal Court on Aug. 14 that he was "following the orders of Akar" during events at the Akıncı Air Base, considered to be the command center of the coup.

Şaban Dişli, however, has publically declared his "loyalty to democracy and the ruling party," regardless of the charges that his brother faces.