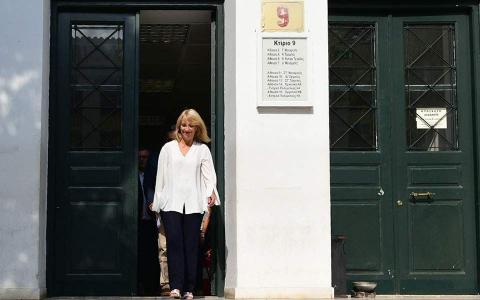 Former Attica governor Rena Dourou was released on Thursday after testifying before an investigating magistrate in connection with the flash floods in Mandra, western Attica, in November 2017 which resulted in the deaths of 25 people and the destruction of hundreds of properties.

In her testimony, the former governor claimed that anti-flood works were carried out during her term and blamed her predecessors for the inadequate infrastructure that had been in place when she took over while also claiming that she was being targeted for political reasons.

She also claimed that the alleged shortsights and errors of a range of regional officials were being "loaded onto" her.

Dourou was charged earlier this year in connection with the tragedy along with another nine regional, local authority, forestry authority and zoning officials, of negligent manslaughter, grievous...