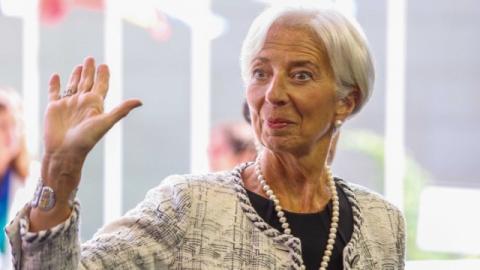 European Central Bank's new head Christine Lagarde posted a solemn photo of her new team at the European Central Bank (ECB), but she probably did not expect what kind of reaction she would provoke, the newspaper Figaro writes in an online publication.

The photo shows Lagarde in front of a large round table surrounded by her new team, made up entirely of men.

"There are more women in the paintings hanging on the walls than in the hall itself," said one user.

Hundreds of comments have been posted below the photo, among which there are quite a few negative reactions about the lack of any representation of the gentle sex.

So far, Christine Lagarde has not explained why her team is entirely made up of men, according to Figaro.

I was pleased to invite my new Governing Council colleagues to join me at an off-site retreat yesterday. We discussed in an open and informal setting the running of the Governing Council. pic.twitter.com/ifMxiNh7uh