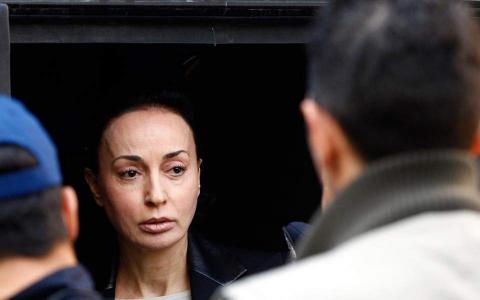 An Athens court on Friday handed down a one-year prison sentence to Viki Stamati, the wife of disgraced former defense minister Akis Tsochatzopoulos, over her escape from the Dromokaiteio Psychiatric Hospital in April 2015.
She can pay off her sentence at a rate of 5 euros a day. A former employee of the hospital who the court found guilty of helping Stamati escape was given an 18-month suspended sentence.
Stamati, who was not present in court, was released from prison in 2017 after having served most of her 12-year sentence for money laundering, part of which she served at the Dromokaiteio.