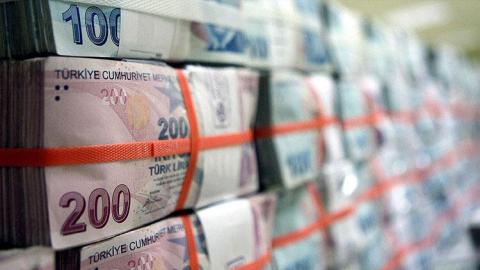 The combined profit of Turkish banks totaled some 46.6 billion Turkish Liras (around $7.8 billion) in the first 11 months of 2019, the country's banking watchdog BDDK reported on Dec. 30.

Loans - the largest subcategory of assets - extended by local lenders grew by 8.4 percent compared to end-2018 to hit 2.6 trillion.

The non-performing loans to total loans ratio stood at 5.23 percent as of end-November, the BDKK also reported.

The banks' net interest income increased to 145 billion liras in November from 132 billion liras a year ago with interest revenues from loans standing at 297 billion versus 255 billion in the same period of 2018.

On the liabilities side, deposits held at lenders in the country amounted to 2.45 trillion liras, jumping 20.5 percent compared with end-2018.

The capital adequacy ratio in the banking industry was 19 percent as of November, according to BDDK figures.

Executives from state-owned and private lenders have said the local banking sector will end 2019 better than expected, with a recovery in macroeconomic indicators such as growth, inflation and unemployment.

Bank managers told state-run Anadolu Agency that they expect the sector to continue to support the economy in 2020.