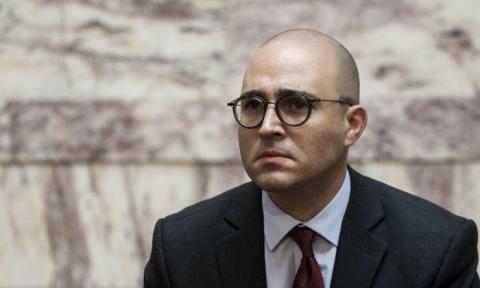 Athens lower court chief prosecutor Sotiria Papageorgakopoulou today ordered a probe of the publication of the names of children at an Athens kindergarten which was published on a website linked to New Democracy MP Konstantinos Bogdanos - meaculpa.gr - and retweeted by the MP.

Without concealing the names of the children, the website published the list with the name of the teacher and was critical of the fact that the large majority of pupils had foreign names and were the children of refugees or migrants.

The website was reportedly owned Bogdanos until 2019, when he reportedly transferred it to his wife when he was elected to Parliament due to a conflict of interest.

It is still considered, if not an outright mouthpiece, to reflect the views of the MP, who is a regular columnist and has made a name for himself politically by launching vitriolic attacks against undocumented migrants, particularly in Athens First Electoral District which he represents and which has a dense concentration of migrants.

He has also fervently and vociferously pushed a tough law and order agenda, along with vitriolic attacks on the left in general, and main opposition SYRIZA in particular.

The prosecutor's office will cooperate with the Greek Police electronic crime unit in order to track down the source of the leak and will then investigate whether other individuals were also involved in handling the computer files.

In his retweet, Bogdanos declared that the vast majority of names were foreign children.

Bogdanos beat a fast retreat when the affair spurred intense criticism of the MP from top members of the ruling conservative New Democracy Party, from the government spokesman to former foreign minister Dora Bakoyannis, a...