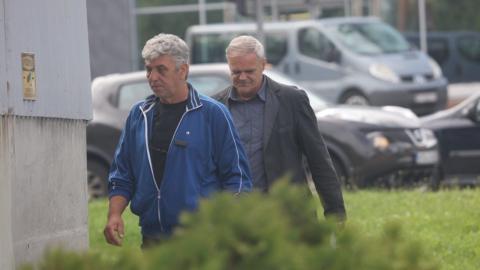 Simo Stupar's defence asked the Bosnian state court in Sarajevo on Wednesday to overturn the first-instance verdict sentencing him to 12 years in prison for crimes against humanity in Vlasenica in 1992.

Defence lawyer Vesna Tupajic-Skiljevic urged the court to either acquit Stupar or quash the judgment and order a new trial, while the prosecution called for the verdict to be upheld.

Stupar was found guilty in May this year of participating in a widespread and systematic attack on the Bosniak population in the Vlasenica area from April 1992 to the end of September that year, as a member of the reservist police force of the Public Security Station in Vlasenica.

The verdict said that Stupar took part in an assault on the village of Dzamdzici in the Vlasenica area on May 18, 1992, when five people were killed and several houses were set on fire.

He and three others also participated in the murder of a disabled civilian by shooting at him.

The verdict found that Stupar further participated in the beating of a Bosniak civilian at the police station in Vlasenica in the first half of June 1992 and the inhumane treatment of another man.

The second man was hit on his back with chains and ordered to get down on all fours, and then Stupar and others carved a cross and a Serb symbol onto his back. They then poured salt on his wounds.

Stupar was also found guilty of having participated in the arrest of two men on July 10, 1992. After that, the two men disappeared and their bodies were only found in 2007.

Defence lawyer Tupajic-Skiljevic argued that the first-instance court "should have provided more convincing evidence for the conviction part of the judgment".

She said that on three counts, the court based its...