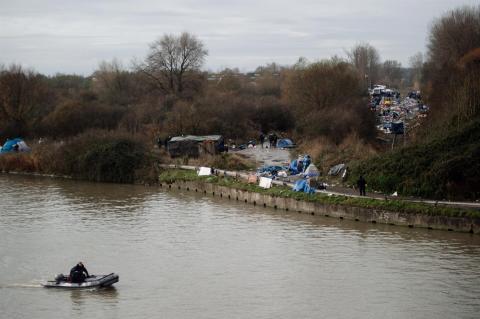 In a simple house in northeast Iraq, the parents of Maryam Nuri Hama Amin mourn the loss of their beloved daughter who drowned trying to reach her fiancee in Britain.

"She wanted a better life," her father Nuri Hama Amin said, still reeling from shock, just days after his daughter vanished into the freezing waters of the Channel between France and England. "But she ended up in the sea."

Maryam - "Baran" to her family, a name meaning "rain" in Kurdish - was one of at least 27 migrants who died Wednesday when their inflatable boat sank off the French port of Calais.

The shipwreck was the deadliest disaster since at least 2018 when migrants began using boats en masse to cross the Channel to England.

"We have no information on the smugglers," said her father, speaking from the family home in Soran, a town in northern Iraq, some 3,700 kilometers (2,300 miles) away from where his daughter died.

"Their promises turned out to be lies."

Maryam, in her twenties, was desperate to join her fiancee Karzan, also from northern Iraq, but who had settled in Britain.

Karzan was on the phone with her as she set out onto the dangerous waters from France - and was the one who called the family in Iraq to tell them she died, her cousin Kafan Omar said.

Shortly before she set left France, her father had spoken to her for hours on the phone.

"She was very happy, she was relaxed," he said. "She was in a hotel in France, we spoke until eight in the morning."

Since the shipwreck, the bodies of the passengers have been held in a morgue in France. Officially, nothing has been released about the identities and nationalities of the 17 men, seven women and three minors.