All News on Politics in Macedonia

Meetings of the European Commissioner with President Rumen Radev and the Minister of Foreign Affairs Svetlan Stoev are planned.

aretaker governments do not have to be weak governments: The Netherlands has demonstrated this well over the past few months. Maybe Bulgaria's struggling caretaker administration can take a few lessons on board?

Bulgarians will be heading to the polls once again on November 14 to cast a vote in the country's third parliamentary election of the year.

Angela Merkel visited the Albanian capital Tirana on Tuesday, the last stop on a brief farewell Balkan tour which saw the German chancellor encourage the countries in the region to push ahead with reforms to improve their chances of joining the European Union.

North Macedonia has spent two years resisting Turkey's demands for the handover of Turkish nationals it accuses of ties to 'terrorism'. But Ankara is not giving up.

A castle on a strategic position in Macedonia 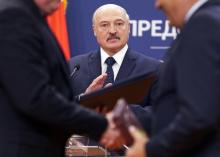 This was announced today by the European Council.
On June 21, the EU Council imposed sanctions against 78 Belarusian citizens and seven entities for serious violations of human rights and repression of civil society, the opposition and journalists, and for the forced landing of a passenger plane.

During their meeting in Berlin, British Foreign Secretary Dominic Raab and German Foreign Minister Heiko Maas signed a joint declaration in which, among other things, they reaffirmed their countries' commitment to the security, stability, prosperity, and full sovereignty of the six Western Balkans countries, as well as to their European and Euro-Atlantic paths.

The EU needs to move "as soon as possible" from a wait-and-see approach to a problem-solving strategy in dealing with enlargement and the Western Balkans, said Slovenian Foreign Minister Anže Logar in an interview about the priorities for his country's upcoming EU Council presidency. 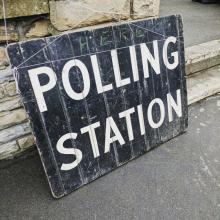 Bulgarians abroad will be able to vote in a record number of 791 polling stations in 68 countries, the Central Election Commission (CEC) announced late last night.

As of July 1, 2021, Bulgaria will become the rotating chair of the SEDM process (South East Europe Defence Ministerial). In preparation for the adoption of the mandate, representatives of the current President of the Republic of Albania are visiting Sofia until 18 June.

The delegation of the Republic of North Macedonia led by Prime Minister Zoran Zaev arrives in Bulgaria.