Eighteen years have passed since the September 11, 2001 terrorist attacks in the United States. 18 years ago, al-Qaeda terrorists carried out the deadliest attack, hijacking four planes to crash into the twin towers of the World Trade Center in New York and hit the Pentagon, according to BGNES.

The Pentagon has spent billions of dollars since 2001, when US troops entered Afghanistan for what is known as the "war on terror" following the September 11 attacks. The end of US military presence in the country may already be seen if the ongoing negotiations in Doha between the United States and Taliban representatives are successful. 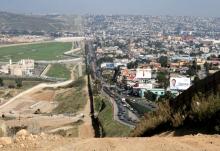 The Pentagon has approved the construction of an additional 32 km of fences, roads and lighting along the border with Mexico, Politico reports.

Earlier, it was reported that a California court ruled that $ 2.5 million of the Department of Defense's budget could not be used to build a wall, as the administration wanted.

Turkey and the United States are still in discussions despite a decision by Washington last month to remove the country from the F-35 fighter jet program over its decision to accept delivery of an advanced Russian missile defense system, the Pentagon's procurement chief has said according to reports. 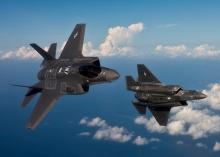 Turkey and the U.S. continue to be in discussions following the Trump administration's decision to remove the country from the F-35 program, the Pentagon's procurement chief said on Aug. 27 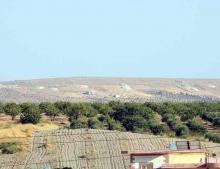 Russia said on Tuesday that the U.S. test of a ground-launched cruise missile was regrettable and showed that Washington had long been preparing for the demise of the Intermediate-Range Nuclear Forces Treaty, TASS news agency reported.

"Obviously, Dacic thinks he has friends in the current administration and wants to support them. But all he has achieved is ensuring that whoever is the next US president from the Democrats now considers Dacic, and possibly Serbia, an enemy. So it wasn't wise at all," Serwer warned.

The U.S. government has approved the sale of $800 million worth of helicopters to South Korea, the Pentagon announced on Aug. 7, hours after President Donald Trump said Seoul had agreed to pay more for the U.S. military presence in the country.