The UN Mission in Bosnia and Herzegovina on Monday condemned the Croatian police's allegedly violent pushback of a group of migrants trying to cross the border into the European Union country.

The online dictionary, which was published on Thursday in Pristina, contains 40,000 words and was presented as a tool for young Kosovo Albanians and Serbs to learn other's language, which they have not done in schools since the break-up of Yugoslavia.

A Russian member of the UN Mission in Kosovo who was injured while being arrested in a police operation in northern Kosovo on Tuesday has been sent to hospital in Serbia, UNMIK confirmed on Thursday.

Mikhail Krasnoshchenkov was sent to Belgrade from the Intensive Care Center in North Mitrovica, where he was being treated, UNMIK added. 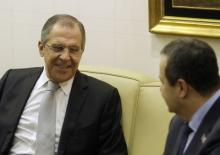 Russian Foreign Minister Sergei Lavrov said this in Moscow after his meeting with Serbian counterpart Ivica Dacic, adding that the West also needs to force Pristina leaders to stop with provocations and confrontational policy aimed against Belgrade.

Roma children at a camp in Mitrovica, north Kosovo, near the Trepca mine complex. Photo: EPA/ Valdrin Xhemaj.

Representatives of the United Nations highlighted the importance of the contributions that Serbia, through participation in five United Nations peacekeeping operations with more than 300 members, provides for the preservation of peace and security in the world, the Serbian government announced.

The current priority zero for the Permanent Mission of Romania to the UN is Romania&#39;s candidacy for a non-permanent seat on the UN Security Council in 2020-2021. &#39;&#39; Only 15 states are there, five of which are permanent members.

NEW YORK - Serbia remains strongly and sincerely committed to the EU-facilitated dialogue between Belgrade and Pristina, but Belgrade's efforts are not matched by the same approach on the other side, in particular in terms of implementing agreements reached to date, Serbian Deputy PM and FM Ivica Dacic told the UN Security Council on Tuesday.

PALERMO - Serbian FM Ivica Dacic met with Italian FM Angelino Alfano on the fringes of the OSCE Mediterranean Conference in Palermo to discuss bilateral relations and international organisations, in particular the UN Security Council, to be chaired by Italy next month. 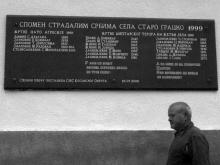 The families of Serb farmers killed in Kosovo 18 years ago urged Belgrade to sue the NATO peacekeeping force and the UN Mission in Kosovo for not preventing the murders - although experts warned this would be difficult.