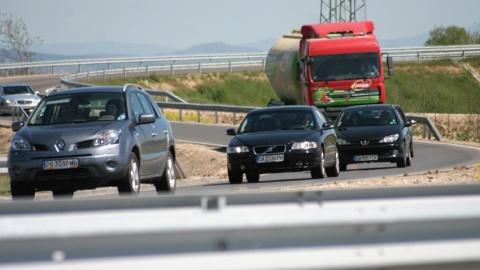 Dimitar Ganev, AAEA Director, emphasized that the proposal did not rule out state participation and that the state would remain in charge of external control.

Driver's license exams are currently conducted by the AAEA. Before going to the AAEA, these activities were the responsibility of KAT (Traffic Police), according to reports of Trud daily.

"Training centers could organize theoretical exams," Ganev explained, adding that there were 650 private driver training centers in Bulgaria and around 200 others which were part of the public educational system.

He suggested that Bulgaria could follow the German model as regards practical exams, adding that it involved two main companies engaged in this activity.

Ganev commented that the AAEA could be restructured in order to implement these changes.

He argued that the move would help increase the salaries of the Agency's employees, as a result of which they would be less likely to get involved in corruption schemes.

Ganev insisted that the low salaries were a key problem at the AAEA, with the examining officers being paid a gross salary of BGN 650-750.

He claimed that the only option for increasing their payment was to downsize the current headcount.

Ganev said that some 100-110 people were currently involved in driving license exams, reaching 140-150 at busy periods, when freelancers were included.

He noted that half of the staff could be dismissed and the others could be redirected to the control activities of the unit.

The AAEA Director said that the proposal was to be reviewed by the next Parliament as the...