Iohannis: I don't want to divide the society, but bring out the best in it 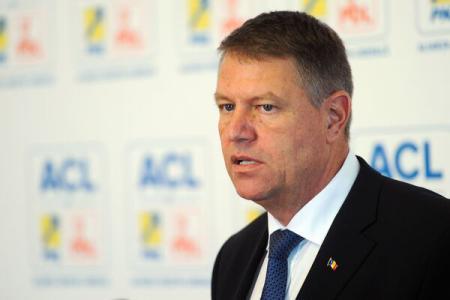 Christian Liberal Alliance (ACL) presidential candidate Klaus Iohannis told a TV show late on Thursday he wants to offer as head of state the guarantee of a Western-type capitalism and to be a link, not a leader who divides the society.

"I will not act according to the principle ?divide and rule', I will not send to the opposition peasants with intellectuals, workers and engineers. I don't want to divide the society, I want to bring out the best in it," Klaus Iohannis told Digi 24 TV station.

The ACL's candidate also said the Romanian society is in tumult and in great need of normality.

"We need to restore normality, stability and have a rule of law, economy, democracy. That's how the system needs to work. Those who went to the polls abroad and have voted or wanted to vote for me, did not give me their vote because I am amazing, but because I suggest the Romanians a system like that in place in the UK, in Germany. Our political class is yelling from morning till dawn. Those people went to the polls because they also believe that change in Romania is possible, that politics in Romania has to be changed," Iohannis said.

He stressed that it's very important to vote on Nov. 16, the second round of the presidential elections, also claiming that half an hour, as it would take to cast one's vote, can completely change Romanians' future.AGERPRES