Ex US marine transforms to a transgender beauty 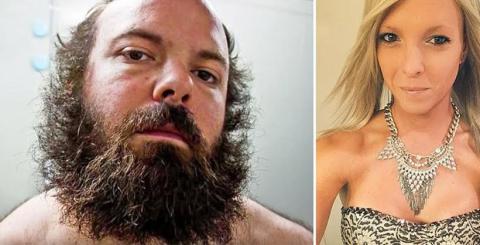 A former US marine decided to undergo in a transgender surgery and became a beautiful blonde woman.

Sona Avedian, assigned male at birth and named Matthew, lived as a hairy muscle-man until her brave transition in 2012.

From the age of four she knew she was a girl, but since he grew up in a conservative family, this was not something she could share with anyone.

As a US marine she served in Iraq and Afghanistan before her transition. Having a lovely woman, a young daughter and a respected job, she was living the American dream. But, this was not her dream.

In November 2012 Sona decided to come out as transgender and began taking hormone therapy. After undergoing transgender surgery procedures, she started her new life as a pretty blonde woman, named Sona Avedian.

Sona and her ex-wife were divorced in 2013 and she now lives in Austin, Texas in the US working as an Uber driver. She claims that now is much happier and tries to live a normal life.