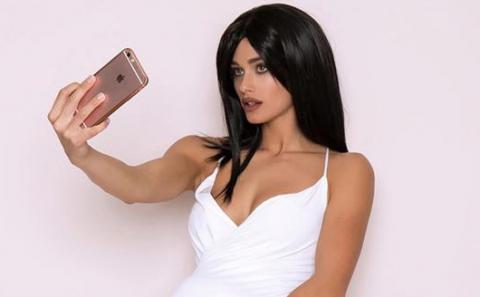 People are shocked at this year’s must-not-have Halloween costume: an outfit which makes you look like a pregnant Kylie Jenner.
The Keeping Up With The Kardashians star has reportedly been “telling friends” that she is pregnant with boyfriend Travis Scott’s baby.
Keen to cash in on Kylie’s rumoured big news, Yandy released the costume just days after the baby story first broke.
A year on from the tasteless costume which mocked Kim Kardashian’s armed robbery, the “Reality Star in the Making” outfit is available online for pre-order at $59.95 (£45).
It features a skimpy white dress and a fake pregnant belly – although would-be Jenners will need to accessorise with their own wig and mobile phone.
The fancy-dress outfit’s description reads: “Boost your show’s ratings in this exclusive Reality Star in the Making costume featuring a white dress with a V-neckline, criss-cross spaghetti straps, a ruched and wrapped bodice, and a faux pregnant belly with a tie back closure.”
Before the wacky outfit was released, fans had already been joking on Twitter that a version of pregnant Kylie Jenner would be the hottest look this Halloween.