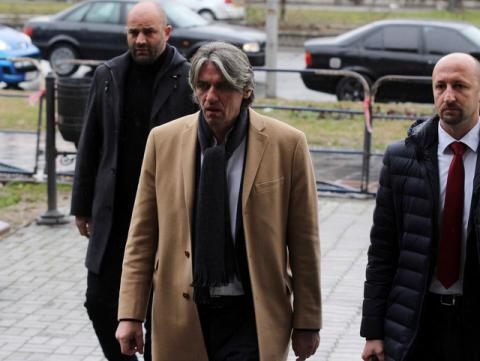 The Skopje Criminal Court on Thursday handed heavy jail sentences to seven men for a premeditated murder attempt on Ziadin Zela, an MP and leader of the small opposition Alliance for Albanians.

"The accused tried to take the life of MP Ziadin Sela," the judge said during the reading of the verdict, describing the role of each of them during the savage beating of the legislator.

The defence, which claimed the defendants were not guilty and that the evidence did not prove premeditation, can appeal the first-instance verdict before a higher court.

The trial in this high-profile case began in January this year.

The prosecution also changed the charges against two other defendants, from attempted murder to violence, after which they admitted guilt and got lighter sentences, of a year and two months and three years.

Sela was badly hurt during the April 27 attack on parliament by supporters of the former ruling VMRO DPMNE party, and spent ten days in hospital.

Trouble began after a majority of 67 MPs in the 120-seat parliament elected a new speaker, Talat Xhaferi, which was the next step towards the formation of a new Social Democrat-led government, marking the end of VMRO DPMNE's 11 years in power.

About 100 people, including journalists, MPs as well as current Prime Minister, Zoran Zaev, were injured in...