Prosecutor's Office in Russia: The Forests in Siberia Were Deliberately Ignited to Cover Illegal Logging 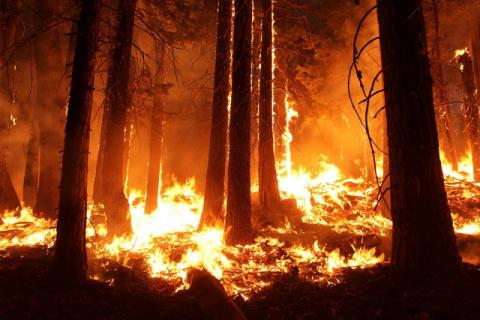 Eco-activists say nearly irreparable damage to the nature has been done in the region of Siberia.

The huge fires that swept the Siberian forests were deliberately ignited. This was stated by the Russian prosecutor's office.

Investigators say the fire, which covered two and a half million hectares, was lit to cover up illegal logging.

Eco-activists, however, claim that the burned forests are twice this size and have caused almost irreparable damage to nature in the region.

Attempts to extinguish the huge fires involved hundreds of firefighters and soldiers, as well as dozens of equipment, including planes and helicopters.

"We are lowering the temperature so that ground crews can work near the fire. When the temperature is too high, they can't even come close to the fire front, "explained Vitaly Zaitsev, who is a pilot on an extinguisher.

"Lake Baikal is surrounded by mountains, the area is very difficult to access. This is not a plane and our work is very specific. We are taking water from Baikal and lifting it to overcome the mountain range - at an altitude of about 1500-2000 m, "said Dmitry Pushkarev - pilot of an airplane.