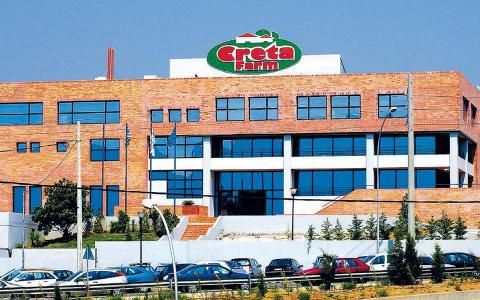 The chairman and CEO of financially distressed deli products maker Creta Farms, Manos Domazakis, has refused to put up his shares in the company as collateral for a new bank loan of 8 million euros that would allow his firm, which employs 800 people, to resume normal production schedules.
In a meeting with Development Minister Adonis Georgiadis on Tuesday morning, Domazakis reiterated his refusal, offering instead other assets as collateral.
Market sources say that banks will not accept anything as collateral besides the shares Domazakis and his brother hold, which amount to 80 percent of the total.