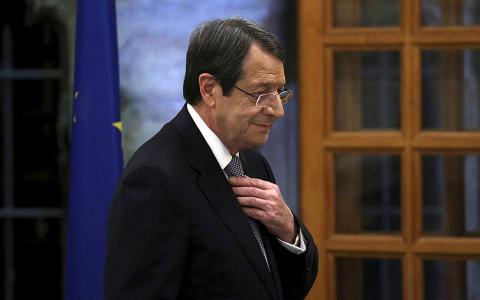 The president of Cyprus said Thursday that he regretted accepting a free flight on a Saudi businessman's jet for his family's vacation in the Seychelles but that the private travel arrangements didn't break any laws or ethical guidelines.
President Nicos Anastasiades said in a written statement that his family's use of the jet "could've been avoided" to prevent what he called a "needless commotion" over the August 2018 trip and "groundless" claims.
Opposition political parties had questioned and criticized Anastasiades' ethics over his decision to fly with his family on the Saudi businessman's jet. A presidential aide read the president's statement out loud to a members of a parliamentary oversight committee.
An auditor-general's report on presidential travel expenditures found no wrongdoing with the Seychelles trip.
The Auditor General's report said use of the...