Probe launched into HDP deputy over coronavirus claims in prison 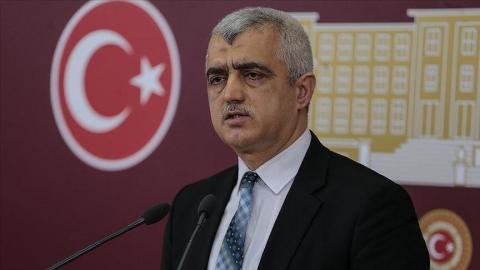 Turkish prosecutors on March 25 launched a probe into Peoples' Democratic Party (HDP) lawmaker Ömer Faruk Gergerlioğlu for a social media post in which he claimed there was a COVID-19-positive inmate in an Ankara prison.

Gergerlioğlu, HDP's lawmaker for the northwestern Kocaeli province and a medical doctor, said on March 24 that a 70-year-old convict in Ankara's Sincan Prison had tested positive for the novel coronavirus.

The deputy said on Twitter that the prison's management reportedly informed the ministry concerning the issue.

The Ankara Chief Public Prosecutor's Office launched a probe into Gergerlioğlu on charges of "creating worry and panic among the public."

After the HDP deputy's Twitter post, Ankara prosecutors denied the allegations in a written statement, saying the convict had a chronic illness and was transferred to Ankara City Hospital for necessary examinations on March 22.