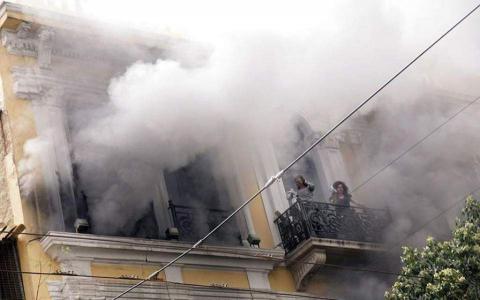 The Greek state will not appeal against a lower court ruling that awarded damages totalling 2.24 million euros to the families of the victims of a firebomb attack on a branch of Marfin Bank in central Athens ten years ago.

The decision was taken by Prime Minister Kyriakos Mitsotakis as "the minimum moral obligation" towards the victims and their families, his office announced on Friday.

This means that the relatives of the victims will be able to collect the amount of compensation awarded by the court.

Athens' Administrative Court of Appeal had recognizing in four rulings in 2018 the civil liability of the State and awarded compensation of 25,000 to 300,000 euros to the plaintiffs - the families of the victims and 24 bank employees.

Mitsotakis will unveil on Saturday a plaque commemorating the victims.