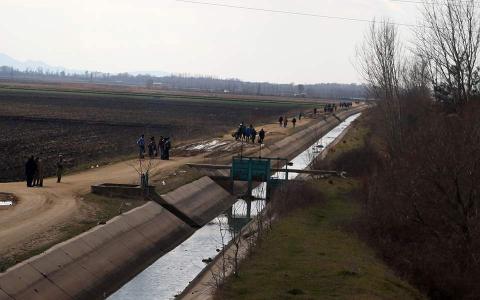 Athens has lodged a demarche with Ankara over its presentation of a section of Greek territory in the southern Evros border region as Turkish, diplomatic sources said on Friday.

The decision was taken by Foreign Minister Nikos Dendias.

The area in question, Melissokomeio, is near the southern part of the Evros River. It is located at a point that floods every year after the autumn and, on maps of 1923 according to which the borders were drawn, is shown as belonging to Greece.

However, members of Turkey's police special forces have had a steady presence in the area in recent weeks and are blocking the preparatory work of the Hellenic Army's geographical service in view of the expansion of a border fence to the southern section of the Evros River to avoid a repeat of the scenes in March when thousands of migrants amassed at the Evros border region trying to cross...