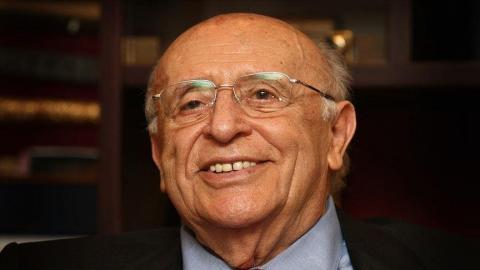 Turkey on June 16 remembered its ninth president, Süleyman Demirel, who passed away five years ago.
Demirel was ousted twice in military coups and survived an assassination attempt before dying of heart failure at the age of 91.
He was one of Turkey's most prominent center-right political figures, serving as prime minister seven times and as president from 1993 to 2000.
Born in 1924 to a family of farmers in Turkey's southwestern Isparta province, Demirel received his primary education in Isparta and neighboring Afyonkarahisar province.
He went on to study civil engineering at Istanbul Technical University and completed his master's degree. His formal entry into politics began in 1962 when he was elected to the executive board of the center-right Justice Party, which he later headed from 1964 to 1980.
In the 1965 general election, Demirel's party won an unprecedented 53 percent of the vote, catapulting him into the role of prime minister.
The Justice Party government led by him between 1965 and 1969 was one of the country's four periods of single-party rule.
In the 1969 contest, his party was the sole winner by a landslide once again.
However, the late 1960s saw increasing social and economic unrest in Turkey, a period marked by strikes and street demonstrations mostly led by left-wing workers and students. There were also opposition voices and factions within Demirel's Justice Party.
Following this, the military forced him to resign.
Later in 1975, 1977 and 1979 respectively, he formed governments as prime minister. During these years, he became famous for a statement of pragmatism, "Yesterday is yesterday, today is today," showing his ability to maneuver politically.
Fight for civil liberties...