Bulgarian Basketball Team Made it For European Championship 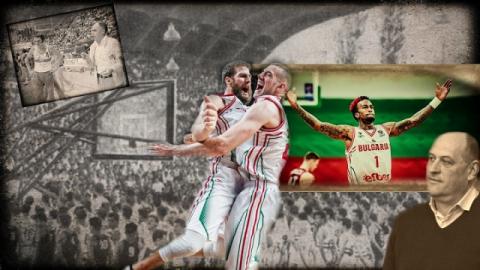 Bulgaria has qualified for the European Basketball Championship! News that surprised many... And it shouldn't - although this particular sport is not No1 in popularity in our country, it does not mean that our country does not have its traditions in it.

And these traditions have been built for decades.

Yes, our nationals had not reached EuroBasket since 2011, but after a decade-long pause they did so and next year they will again be among the best in Europe, Where they actually belong, in view of the history of the continental championships.

The Bulgarian national team is one of the ten participants of the first ever edition of the European Basketball Championship - in 1935 in Geneva. This championship was the main rehearsal for the debut of the basketball game in the Olympic family - in Berlin a year later. Nevertheless, it is a fact that Bulgaria is one of the top ten there, in the first European, where it finishes in the eighth place. We get one win against Hungary.

This is just the beginning, because in the next almost a century-long period, our country will qualify for the Championship of the Old Continent 25 times (including our current ranking) out of 40 possible.

Of course, our greatest achievements are the two medals - silver and bronze, won in the late 1950s and early 1960s, but in the history of European basketball our country boasts other impressive wins.

In 1953 the host of EuroBasket was the USSR, with a total of 17 participants in the championship.

The Bulgarians have won eight out of their nine games... and finish ninth after allowing their only loss in the group. Such is the system: despite their excellent performance, ours find themselves at the wrong end of the hedge, eliminating them from the...