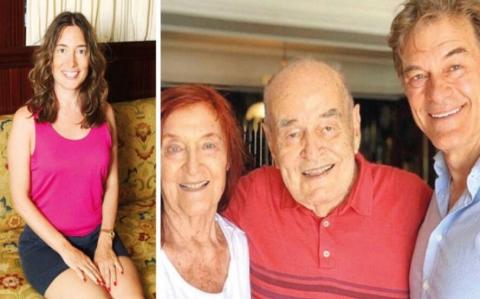 Turkish-American cardiothoracic surgeon Dr. Mehmet Öz, famous for his "The Dr. Oz Show" broadcast in the United States, has filed a criminal complaint against his sister, Nazlım Suna Öz, in Istanbul, accusing her of forging a will of their father, Mustafa Öz, who died in February 2019.

According to the complaint petition, Dr. Oz asked Turkish prosecutors to open a lawsuit against his sister, who is also a Turkish and a U.S. citizen, and have an overseas travel ban for her.

The events that took the Öz family to court date back to 2003. Their father, Mustafa Öz, wrote a will on Jan. 22, 2003, leaving the house with garden in Istanbul's Sarıyer district to Nazlım Suna Öz.

However, on Aug. 12, 2008, Mustafa Öz changed his will and left all his belongings to the Mustafa Öz Foundation established in the U.S.

According to the new will, Mustafa Öz asked his son to lead the foundation. After he passed away in 2019, a legal conflict started between Dr. Oz and his sister.

Nazlım Suna Öz opened an inheritance case in an Istanbul court presenting the judge a new will said to be written on Jan. 22, 2018, one year before their father's death.

Getting suspicious of this new will, Dr. Oz asked for an expert examination, noting that the so-called will was never known by the family members.

Soon after an expert published his report, saying that "the new will was prepared by photomontage and using some paragraphs from the first will from 2003."

Based on the expert report, Dr. Oz, who lives in the U.S., appointed his lawyer in Istanbul to make an allegation against his sister for forging the document.

"It is obvious that this 'fake will' never existed," the lawyer said in the complaint petition.