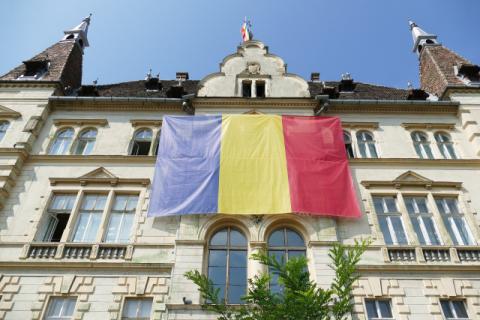 Romania's parliament overthrew Prime Minister Florin Katsu's minority government, which has ruled for just nine months. The country, which along with Bulgaria is one of the poorest members of the European Union, has been in political stagnation for more than a month, threatening the pace of economic recovery and tackling the pandemic.

"Katsu's government fell by far more votes than the required minimum (of 234 votes)," an opposition lawmaker told Reuters. The final count shows that 281 deputies and senators voted to remove Katsu, who will remain acting prime minister until his successor is elected. Key parties have said they will work to return the previous majority coalition to power soon.

Katsu's coalition disintegrated last month after the centrist Solidarity Party (USR) withdrew its ministers after a dispute over the management of a regional development fund, depriving it of a parliamentary majority. The USR demanded a no-confidence vote in parliament, refusing to return to the government until Katsu was ousted.

New USR leader Dacian Ciolos has proposed a list of names for Katsu's successor. According to party Vice President Dan Brana Katsu, "he does not have the professional and human qualities needed to lead a Romanian government."

President Klaus Johannes has called on political parties to hold consultations next week to form a new government before appointing a new prime minister. Most likely, his proposal will be again from Katsu's party, Reuters reports.

"Romania needs to be governed. We are in a pandemic, a crisis in energy prices ... and now a political crisis. We need a more mature (political) position than ever," Johannes told reporters. "In...