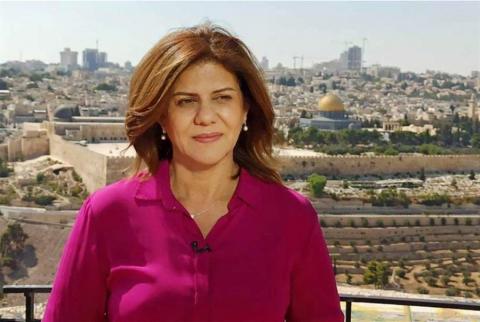 The Palestinian-American TV reporter, who was wearing a vest marked "Press" and a helmet, was killed on May 11 while covering an Israeli army operation in Jenin camp in the northern West Bank.
"We find that the shots that killed Abu Akleh came from Israeli security forces," UN Human Rights Office spokeswoman Ravina Shamdasani told reporters in Geneva.
"It is deeply disturbing that Israeli authorities have not conducted a criminal investigation."
She said the Human Rights Office had concluded its own independent monitoring into the incident.
"All information we have gathered... is consistent with the finding that the shots that killed Abu Akleh and injured her colleague Ali Sammoudi came from Israeli security forces and not from indiscriminate firing by armed Palestinians, as initially claimed by Israeli authorities," she said.
"We have found no information suggesting that there was activity by armed Palestinians in the immediate vicinity of the journalists."

In line with its human rights monitoring methodology, the UN rights office inspected photo, video and audio material, visited the scene, consulted experts, reviewed official communications and interviewed witnesses.
The probe included information from the Israeli military and the Palestinian attorney general.
The UN rights office found that seven journalists arrived at the western entrance of the Jenin camp soon after 6:00 am.
At around 6:30 am, as four of the journalists turned into a particular street, "several single, seemingly well-aimed bullets were fired...