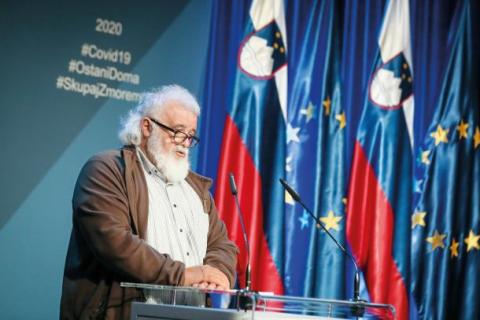 Ljubljana – Milan Krek, the director of the National Institute of Public Health (NIJZ) handed in his resignation on Thursday citing “unbearable political pressure” by the new government. The council of the NIJZ appointed Branko Gabrovec acting director.

The decision comes after Health Minister Danijel Bešič Loredan made it clear he did not trust Kek with leading the top institution for pandemic measures after a two-year stint during which Krek has often been the target of criticism due to misguided messaging, fear-mongering and deference to government wishes.

Krek said he stayed on so long because “politics should not interfere in the appointment of the NIJZ director,” who should serve a full four-year term to ensure the institution develops.

Now, he decided to step aside because he feared staying on would damage the institution “and raise doubts about the NIJZ’s messages and recommendations.”

Krek had already been sidelined by the appointment of a medical director of NIJZ, a new post, and would probably have been dismissed now that the new government has appointed new members of NIJZ’s governing board.

Gabrovec, who has a PhD in health management, has been with the NIJZ since 2014. He is also the head of the council for health at the Social Democrats (SD), one of the two junior coalition parties.