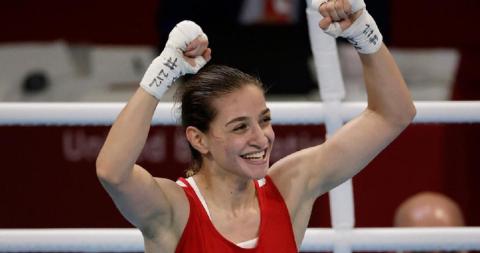 Turkish national athlete Buse Naz Çakıroğlu has become the European champion in the 50 kg category by defeating her Irish rival at the European Women's Boxing Championship.

At the championship held in Montenegro's Budva province, Çakıroğlu competed with Caitlin Fryers in the final.

Defeating her rival with a score of 5-0, Çakıroğlu earned the gold medal.

"I congratulate everyone who supported you on this path, especially your families and coaches, and wish you continued success," the minister added.

In May, Türkiye set its seal on the Women's World Boxing Championship of the International Boxing Association (IBA) with five gold and two bronze medals.

The world champion boxers have now turned their eyes to the 2024 Paris Olympics for new successes.

Address of Vučić and Giaufret after the meeting
Majority in Montenegro Back Ukraine, says Ambassador