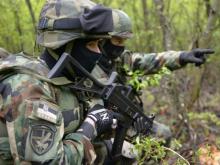 Military expert Aleksandar Radic told BIRN that this is well-known in military circles but local media are more interested in reporting on cooperation with Russian forces.

One of the rare artifacts from the Urartian era, a rock house where kings once lived in the eastern province of Iğdır's Tuzluca district, will be restored and opened to tourism.

BELGRADE - According to figures released by the International Committee of the Red Cross (ICRC), 10,653 missing persons - including over 4,000 Serbs - are still sought across the region, Dragan Pjevac, president of the Coordination of Serbian Associations of Families of Missing Persons from the territory of the former Yugoslavia, said on Tuesday, the International Day of the Disappeared.

BELGRADE - Serbian Minister of Defence Zoran Djordjevic and Ambassador of the United Kingdom Denis Keefe agreed Tuesday at a meeting that cooperation in the field of defence is the best part of the overall relations between the two countries.

The cooperation is mainly taking place in the fields of military education, medicine, integrity-building and public relations.

BELGRADE - The decoration works on the dome of the Church of Saint Sava in Belgrade began on Tuesday and are slated for completion by the end of next year, said the signatories of a donation agreement for the works. 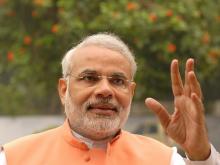 Indian Prime Minister Narendra Modi may not attend the SAARC Summit to be held on November 9-10 in Islamabad. Although Pakistan has invited PM Modi to attend the summit, India is yet to confirm whether the PM will travel to Islamabad for the regional meet. 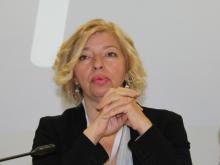 The selection panel of the Vaclav Havel Human Rights Prize, comprising independent figures from the world of human rights and chaired by the president of the Parliamentary Assembly of the Council of Europe, Pedro Agramunt, said on Tuesday that BIRN's regional director Gordana Igric was among the three candidates for the award this year. 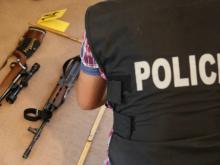 Police on Tuesday arrested Vetevendosje members Atdhe Arifi, Astrit Dehari, Adea Batusha, Egzon Haliti, Petrit Ademi and Frasher Krasniqi, a spokesperson for the party, on suspicion of involvement in the attack on August 4.

Weapons were found at locations where the suspects were apprehended during a joint operation with Kosovo's Special Prosecution, police said.

Radev's candidacy has been endorsed through a so-called "initiative committee," Ninova has told the media after a vote held at the BSP National Council.